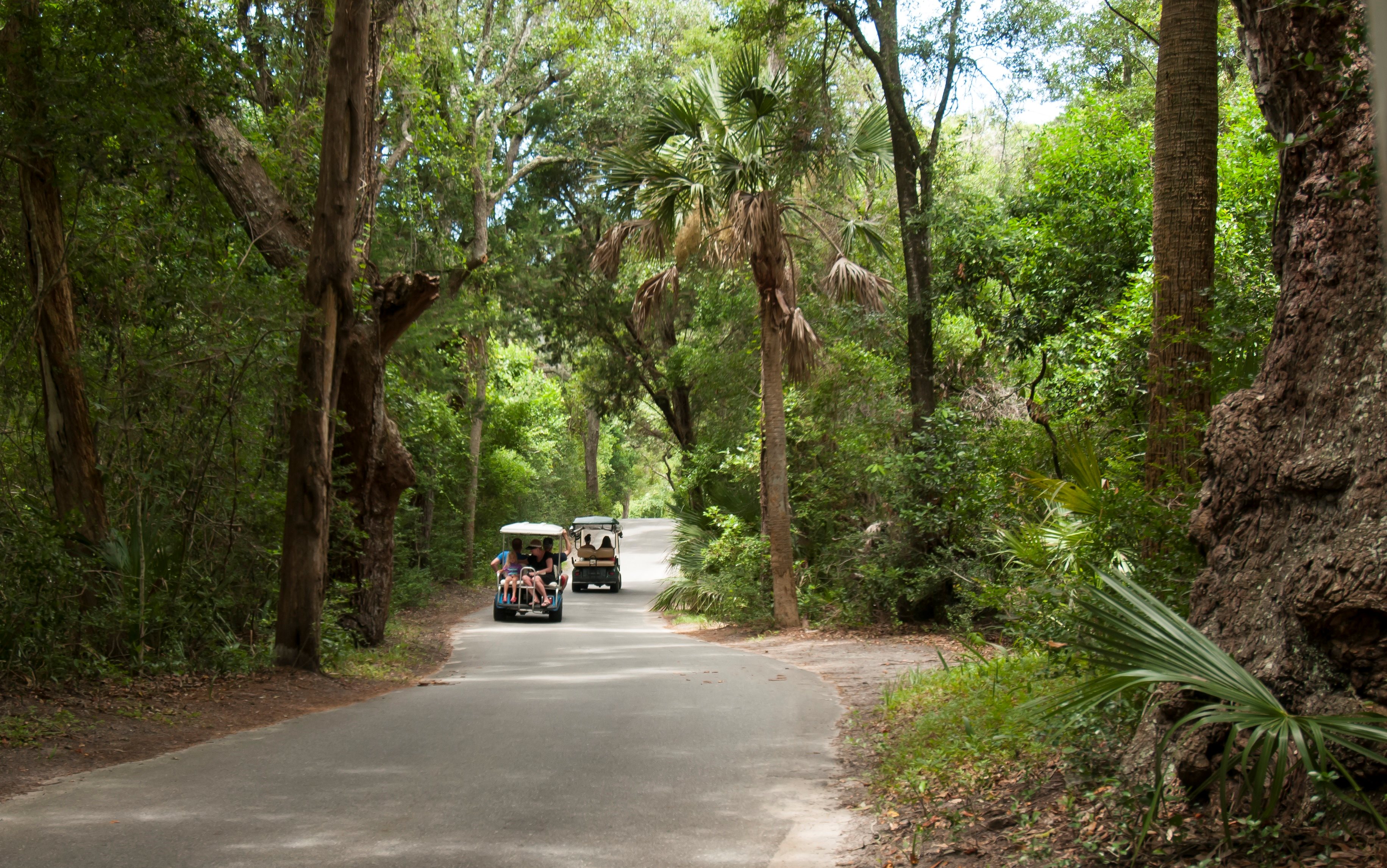 The 173-acre Bald Head Woods reserve is located just east of the Cape Fear River and is part of the Smith Island Complex, a protected coastal area. This barrier island complex is bordered by the Atlantic Ocean on the east side, Long Bay on the south side, The Cape Fear River on the west side and Zeke's Island to the north.

The higher sandy grounds of the Smith Island Complex are composed of Bald Head, Middle and Bluff Islands, which are three forested dune ridges separated by salt marshes. The Bald Head Woods reserve is located in the middle of Bald Head Island and is managed by the Division of Coastal Management.

Bald Head Woods also has a unique feature that separates it from the other reserves and coastal communities, namely the old, large trees that comprise this maritime forest. Giant live oaks, laurel oaks, red cedar and red bay laurels dominate the landscape along with more sparsely populated species and provide cover and shelter for other species of plants to thrive, blocking the neighboring ocean's salt spray. Wild olive, American holly, yaupon and catbrier all benefit from this protection and form a thick undergrowth under the canopy of giant trees.

Draped in shade, plants that don't like a lot of sunlight can thrive, including spleenwort and cabbage palmetto. Foxes, squirrels, raccoons, deer and opossums thrive in the forest taking advantage of this protected environment, as do Carolina wrens, cardinals and painted buntings. Migratory birds make an appearance in the fall, including catbirds, towhees, blue jays and twenty-two species of warblers.

When a storm hits Bald Head Woods, the maritime forest acts as a buffer. The wind goes up and over the forest canopy, protecting the island’s interior and vegetation.

Because of the NC Coastal Reserve, much of the maritime forest on Bald Head Island has remained intact. The forest is an anchor for the island. Maritime forests build elevation because plant and tree roots hold sand while the canopy allows sand blown from beach dunes to fall into the forest. A barrier island needs to build elevation continually in order to withstand the storms that assault our coasts.

Click HERE to read more about the importance of the understory.

Deer, development and invasive species like the Red Ambrosia Beetle are threats to the Bald Head Island maritime forests.