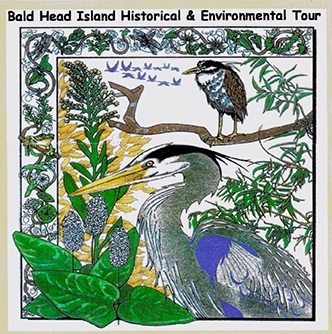 Maps can be picked up at the Bald Head Association office, located at 111 Lighthouse Wynd.

The tour is a terrific way to familiarize yourself with the area and to learn more about the secrets of Bald Head Island.

A black and white scan of the map can be downloaded HERE.

The audio can be downloaded here: